Professor Pellicer founded the “Instituto Valenciano de Infertilidad” (“IVI”) in 1990, and his work in the field of fertility has led to the creation of numerous “IVI” clinics, in Spain and internationally. He is also the President of the IVI Foundation for the Study of Reproduction and Director of the IVI Team.

He is the author of more than 300 book chapters and more than 900 articles published in national and international journals, he  presented nearly 600 papers and more than 1,400 presentations worldwide and has organised more than 100 congresses and participated in nearly 40 round tables. He has been Co-Editor and Editor-in-Chief of the journal “Fertility & Sterility” since 2011 and is on the editorial boards of several scientific societies.

He also received the Innovation Award at the 17th edition of the Entrepreneur of the Year Award, organised by Ernst & Young, in Madrid, in 2013. “Jacques Salat-Baroux” Award from the French National Academy of Medicine, in Paris, France, in 2014. He was appointed Honourable Ambassador of Marca España (Spain Brand) in the category of Innovation and Science in Madrid, Spain in 2015. In addition, he received the “Josep Maria Dexeus Medal” for his career in the reproductive field and in 2017 he was awarded the prize for Best Researcher in Obstetrics and Gynaecology and Reproductive Biology in Spain. 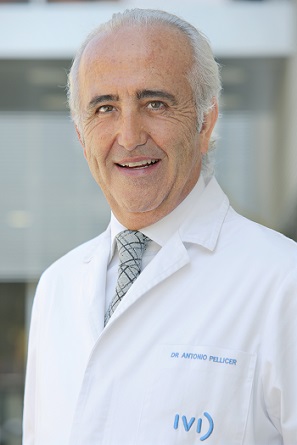 Use of cookies - We use our own and third-party cookies to improve our services and to show you advertisements related to your preferences through analysis of your browsing habits. If you continue to browse, it is considered that you accept their use. You can change your configuration or find more information here